Post your music productions here and get feedback from the Stix community - If you get enough positive feedback or if we really like your work, we'll post it on the front page!
Post a reply
16 posts • Page 1 of 2 • 1, 2

The rules are simple, just use at least one source from a New Wave band or singer.

You can find here a list of some known artists, but there are more.

Good luck and have fun

> So the Emperor get's to choose the next challenge and settle tie breakers, anything else?
The Emperor will attain limitless glory for all of eternity (and bragging rights)
hearthis facebook
sowndhaus
Top

Wow! New Wave music is a big genre, i guess you get a lot of entries on this one SMASH

I couldn't help but seeing Culture Club was on that list, and i had a dive in my trash bin to locate an idea from some years ago (hope this is not cheating) as i finished it today ? My DAW couldn't even find the sources, so Ive had to download it and start from scratch today.. And of course never before released

Culture Club - Do you really want to hurt me? (instrumental and vocals)
Kid Rock - All summer long (vocals)

Hurt me all summer long! - Culture Club Vs Kid Rock

Dj-Legato wrote:Wow! New Wave music is a big genre, I guess you get a lot of entries on this one SMASH

I wonder where are the others

Dj-Legato wrote:i had a dive in my trash bin to locate an idea from some years ago (hope this is not cheating) as i finished it today ? My DAW couldn't even find the sources, so Ive had to download it and start from scratch today.. And of course never before released

As long it was never released you're good 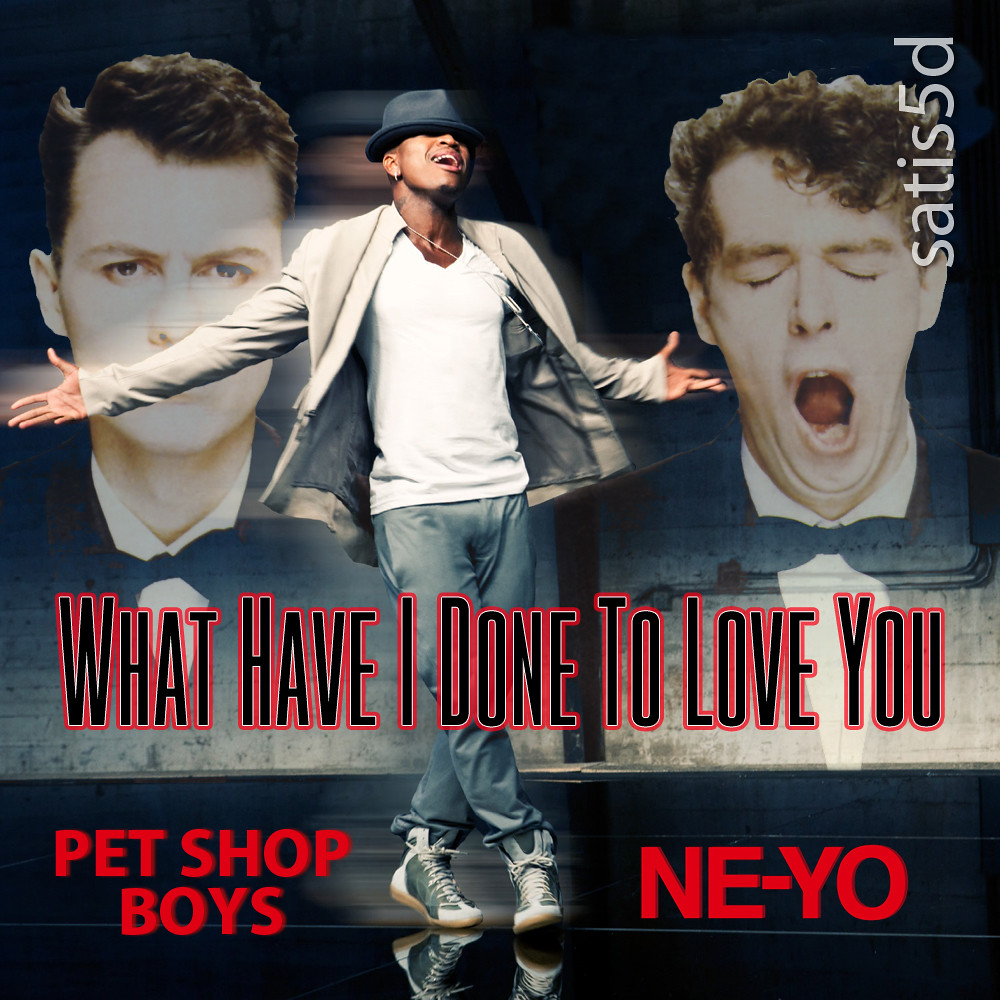 satis5d: What Have I Done To Love You
Pet Shop Boys vs. Ne-Yo

Pet Shop Boys feat. Dusty Springfield - What Have I Done To Deserve This (instrumental and vocal stems)
Ne-Yo - Let Me Love You (acapella)

There's a bit of a story at play here. It seems that the Protagonist is trying to win back the heart of his love, who is hesitant because she feels that she left him in the past. While he does his best to try to win her back, he's haunted by feelings of doubt as he feels that he hasn't done anything to deserve this hesitation from her, which he chalks up as a lack of loving relationships in her past.

Warezio - I Needed Love Lies (The Cars vs. Khalid and Normani)

The Cars - Just What I Needed
Khalid and Normani - Love Lies

Khalid is growing on me, probably because my kids played his tape 'til his tape popped!

I didn't plan to enter this Mash-off, but since there are too few entries, I decided to jump in

Re: The delay was in the fact that I had too many options

Been working on many stuff lately but been making demos for a compilation idea that I'm thinking of doing and this one is a early example of my idea. This one is still-in-progress since I'm trying to find good pitching and other ideas but have little time so might rework it possibly sometime after Christmas. I don't know but it's also me trying to mash up with a bit of instrumental that I cooked up not long ago thanks to PhonicMinds and so on. Hope it's good and feedback is always appreciated.

Includes:
-DJs From Mars - Somewhere Above The Clouds (StoneBridge & Damien Hall Instrumental Mix)
-Men At Work - Land Down Under (Vocals/Guitar/Flute)

I'm not 100% sold on this yet as I started work on it late on so feel it may sound a little bit rushed but I also didn't want to miss out on the mash-off!
I hope you can find the good in it and enjoy its feel good factor!

Thanks to all the participants

Users browsing this forum: No registered users and 66 guests