Post your music productions here and get feedback from the Stix community - If you get enough positive feedback or if we really like your work, we'll post it on the front page!
Post a reply
27 posts • Page 1 of 3 • 1, 2, 3

Wanted to mix Thieves In The Temple with something good and catchy a co-worker of mine I noticed was listening to Easy Lover, I thought hmm with some adjustments this could work out pretty good, Originally I wanted to crossfade in a section from thieves in the temple at the ending section and let Phil sing over the Prince instrumental but it got to messy and ultimately it was scrapped. Enjoy and Comment once you get the chance! 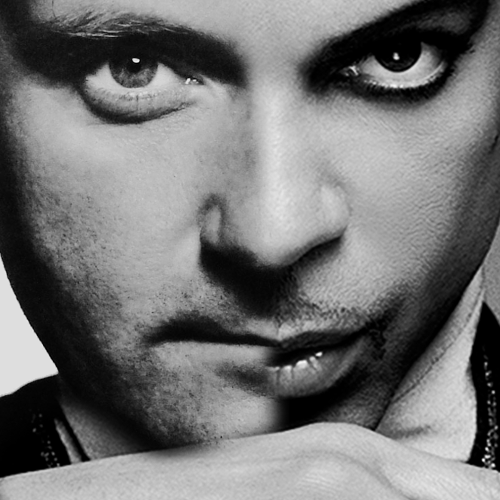 Duuuude... ur def on to something here - nice pair. Think you're gonna need to do something with the Fx to bring the two tracks into the same space, but I'm not the best to advise on what, but it grooves baby! Gr8 stuff <3
https://soundcloud.com/SgtMash/tracks | https://sowndhaus.audio/profile/sgtmash
Top

SgtMash wrote:Duuuude... ur def on to something here - nice pair.

I'm trying to figure out the instrumental. It sounds like this one but yours has the same BPM and a different key (?) Maybe pitch shifting the instrumental caused some problems.

V2 is now on the OP, The low end and the wetness has been added to the isntrumental it gives way more of a punch then what it was before, Comment and Critique once you get the chance thanks again!
Top

Yeah, I'm on-board with this one. Definitely one of your better pairings, Ray.

satis5d wrote:Yeah, I'm on-board with this one. Definitely one of your better pairings, Ray.

If I doubled the isntrumental it would clip, Maybe increase the high end, It doesn't have enough oomph the way it is?
Top

TheRayMan wrote:If I doubled the isntrumental it would clip, Maybe increase the high end, It doesn't have enough oomph the way it is?

I'm not saying that you ought to keep both instrumentals at full volume. But yeah, it could still use some more "oomph."
self-proclaimed Mashstix judge of artistic expression / satis5d at sowndhaus.audio
Top

Very cool, man! One of your better creations in a long time! Two songs I’ve never heard attempted in mashups, and excellent tunes to boot!

As far as the instrumental, I feel like now that you’ve boosted the bass it lacks mids and treble. The snares have lost their punch and the whole instrumental feels “weak.” My gut instinct would be just to bring the whole thing up in volume and bring the bass frequencies back to where they were initially. There are a few spots where Prince’s vocals seem to stand out a bit too much anyway. You’ll probably have to automate vocal volumes as there are some pretty quiet parts too that you don’t want drowned out.

The mix sounds decent. I think a tiny bit of wide reverb or subtle delays on the vocals would help marry the two tracks together a bit better. You can hear a bit of delay on the Phil track--just do your best to match what you hear on the original vocals.

The spot mentioned around 2:51--Phil is a bit behind the beat, even ever-so-slightly leading up to that spot. But definitely very noticeable on “you’ll ever knooowwoowoowoow!” as satis5d was pointing out. Otherwise all the placement and timing seems well-executed!

The ending wasn’t very satisfying, to be honest, but it was serviceable. A slower, longer fade might be better, or the proper ending from the karaoke track itself.

But honestly, this is solid work. Looking forward to hearing the “perfect” version of this.

Great face-mashup, by the way!

Version 3 is now on the OP, It features a better vocal mix wider reverb and some delay have been added it's better than the previous two I have definitely made sure of that, The ending is also less abrupt with the karaoke version's vocals singing til they slowly fade out, Comment and Critique once you get the chance!
Top

Users browsing this forum: No registered users and 69 guests