Post your music productions here and get feedback from the Stix community - If you get enough positive feedback or if we really like your work, we'll post it on the front page!
Post a reply
15 posts • Page 1 of 2 • 1, 2

Comment and Critique once you get the chance thanks! 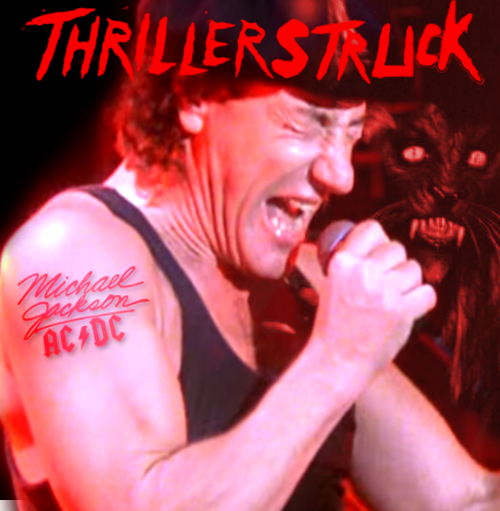 Ha ha, I admit, I am kind of on the fence about raising an already naturally high pitched singer up in pitch like this. It's such a cool mashup, though, and you really do get acclimated to them as you move into the song, so I think I can give it a free pass there, and maybe others will agree or not.

Aside from that interesting issue, this is very cool, but I noticed a timing issue when the guitar lick first comes in at 0:22, and the timing issues seem to continue until around 1:40. That first guitar lick combo with the Thriller intro is awesome, but it seems it's slightly out of time somehow, as is the vocal parts coming after.

It's hard to tell how it's off, though. I'm not sure if starting it at a slightly different spot will fix, or slightly altering BPM, or both. Maybe someone else can better help. But I can note that his vocals at 0:59 are late, and it seems that was a gradual slowdown from the first on-point "THUNDA"s at the start. Maybe slightly raising the BPM will fix this whole issue in vocals being off beat until 1:42.

But around 1:42 the vocal timing lines up right on track, all the way up until the end. From that point on, this mashup is nothing short of amazing!

So fixing that first part will lock in the amazing guitar combo for the intro, and make this better than amazing.
I am here, and so are you. We can be together at other places, too
Soundcloud
YouTube
Sowndhaus
Facebook
Top

Great combo. Bon Scott's voice is very high, but necessary.
I think the guitarlick at the start is coming too late, and should start about the drumkick @0:18
There also seems to be one "thunda" missing, maybe that is a point where you cut the acapella in twoo parts ?
The last thunda feels too late for me.
I am trying to sing/hum "thunda" on the "thrilla" points (THRIL-LER, thriller nights), maybe you can use that as a trick.
https://sowndhaus.audio/profile/corvanspaendonck
Top

CVS wrote:Great combo. Bon Scott's voice is very high, but necessary.
I think the guitarlick at the start is coming too late, and should start about the drumkick @0:18
There also seems to be one "thunda" missing, maybe that is a point where you cut the acapella in twoo parts ?
The last thunda feels too late for me.
I am trying to sing/hum "thunda" on the "thrilla" points (THRIL-LER, thriller nights), maybe you can use that as a trick.

Well, this was quite an entertaining pairing, and has a ton of potential! The cover art is also quite well done!

Nice work with re-tuning the guitar to Dorian--sounds great. But as the others have said so far, the timing is a bit off there. It seems late, as do most of the vocals. I feel like the tempo of the vocals is about right, though--they just ought to come in earlier. The guitar solo around 3:47 seems like it could be sped up quite a bit. The guitar riff around 4:29 over the “zombie dance” beat is a great idea too. I’m not sold on all the other guitar parts throughout, though.

From a mix standpoint it sounds like you’ve added an awful lot of reverb to the guitars and vocals, which I think works in some cases, but it really distances the guitars. I feel like a subtle chorus and/or a delay/echo effect may work better in this case, and less reverb.

V2 is now on the OP.
I reduced the reverb on the vocal and guitar made the vocals start a little bit earlier then what they were in V1 the Guitar now starts the moment the first kick happens in Thriller which should be at the 18 second mark I believe CVS suggested that, Hope you enjoy and comment and critique once you get the chance!
Top

In version 2 the guitar still sounds a bit late in the intro, I also felt the solo guitar @3:14 is starting a bit late, I think it will be right to introduce the solo around 3:05

Great to see you follow my tip.
Indeed I meant to put the guitarlick earlier, about 0:18 where the drum kicks in (I think it's slightly too early now, like the drum should sound out before starting the guitarlick (Angus Young is headbopping to the front of stage). I thought that everything else (non-thriller) would move to the front as well then, but you are working with stems I think, not just ONE vocal track with everything in it. The thunda's needed (in my opinion) to go to the front about the same amount as the guitarlick.

The "thunda" fit for me on a lot of places where there is Thriller in the instrumental.
@0:35, 41, 45, 48, 53 great fit for the thunda.
the one on 1:03 could also fit earlier, about 1:01 ? the one 1:12 at 1:09 ?
maybe I am syncopating or something, just an idea.
Like Smash said it is a great combo.
At about 0:40 there is something in the guitar solo where is does not 'lock in' with the rhythm, I can't explain. Maybe the solo has moved a beat (of half a beat?) or: that is the solution to make it lock.
https://sowndhaus.audio/profile/corvanspaendonck
Top

Fixed the guitar in the intro if some of it still feels flat then I can go back and fix it I want it to be perfect so I am dedicated to getting it right, Also fixed the vocal placement and timing! Comment and critique once you get the chance!
Top

V3 sounds great.
To nitpick: the "thunda" about @1:04 could also be a bit earlier, I guess @1:02 coming through the singers last words.
artistic:
Of course I recognise the intro from the album version, but DJ's start Thriller later in the song, so people don't hear that intro very often. I mean the intro could be more recognizable with some Vincent Price (or his evil laugh) put over it.
But that's just me aiming at the surprise when song A (obvious mental) turns out to be song B (pella kicks in). When you on the other hand are aiming at "seamless original" you can't use that.
https://sowndhaus.audio/profile/corvanspaendonck
Top
Post a reply
15 posts • Page 1 of 2 • 1, 2

Users browsing this forum: No registered users and 29 guests