Here's something I've been working on a lot lately, and I thought I'd give it a try
and post it here to get your opinions about it, as it gave me a lot of sentimental
evenings/nights here lately.

Re: DJ Axcess - Perfect Mirror (Ed Sheeran vs Within Temptat

Beautiful! The video is nice too.

It's good to see you posting again. Not many bring your style of mashup to the table. This one is good. I have no suggestions. 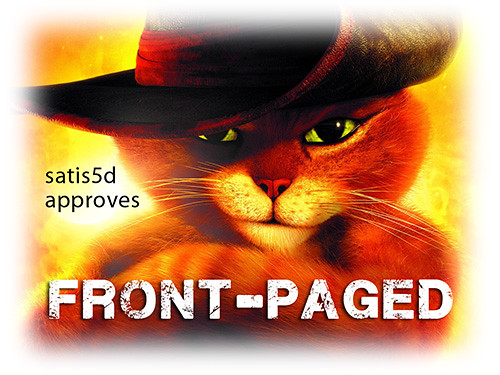 This is grossartig. I love how you used parts of the 'Up' keeping the video emotional, but left out the sentimental. A soft song from Ed Sheeran that lasts all your (love) life is no surprise, but from Within Temptation I had not expected it.

The combo sounds great - what effect did you put on Ed's voice to make it blend in so well ?
https://sowndhaus.audio/profile/corvanspaendonck
Top

CVS wrote:This is grossartig. I love how you used parts of the 'Up' keeping the video emotional, but left out the sentimental. A soft song from Ed Sheeran that lasts all your (love) life is no surprise, but from Within Temptation I had not expected it.

The combo sounds great - what effect did you put on Ed's voice to make it blend in so well ?

Hi CVS and thanks for the nice words.
There's a lot of effects going on overall.
For one, there is an iZotope oZone 9 on the instrumental which I can't recall the settings exactly right now, as I'm at work now, but I can check these later when I am back. I think it's most likely just an imager and a maximizer on the instrumental.
On the vocal there is a lot going on effects-wise.
First of all, there's an EQ lowering some mid and high frequencies a bit, as without it sounded too muddy overall. Then there's a Waves Trueverb with a very soft plate setting to give it that slight reverb sound. And through the choruses there is a chorus effect giving the voice a bit more power and widening it, while the chorus effect is turned off through the verses. If interested, I can take screenshots of the actual effects on the channels later when I am back home again.

@HappyCat & @satis5d:
Wow, that came faster than expected. Tomorrow it's 6 years since my first FP here, seems like February is a good month for me to start working on mashups again. I'll try to contribute more again here, as I see activity has grown a bit again since I last checked. I'll try to keep up again.

Screenshots would be great, thanks.
https://sowndhaus.audio/profile/corvanspaendonck
Top

CVS wrote:Screenshots would be great, thanks.

Added screenshots as attachments. Sorry for letting you wait, I'm back late from work.

As you can see on the EQ i reduced the highs and slightly reduced the higher mids.
There's also an Imager , Exciter and Dynamics active in Ozone, as well as a Maximizer,
but I use the L1 Maximizer after the Trueverb, as I feel it sounds warmer than the
Ozone Maximizer.
The Trueverb is after Ozone and then going into the L1 Maximizer that is at a -2db Threshold.
The Chrous is the first in the chain, but only active on some parts in the track.

On the instrumental there is just one C4 multiband processor and one Ozone instance
with Dynamic EQ and Maximizer.
You do not have the required permissions to view the files attached to this post.
Website | Sowndhaus | Facebook Page | Facebook Profile
Top

Thanks for letting me and the other 'Stixers get a detailed look in your 'kitchen' / Mashup Kueche.
Very helpful.
https://sowndhaus.audio/profile/corvanspaendonck
Top

CVS wrote:Thanks for letting me and the other 'Stixers get a detailed look in your 'kitchen' / Mashup Kueche.
Very helpful.

Have a look out on Waves Bundle offers. The Silver and Gold bundle are on sale quite often lately. I'm thinking of upgrading from the Gold to the Platinum bundle, but I'm not yet sure if I really need it. I spent a lot on other plugins lately that I should start using more again.
If you don't want to go too deep into the mixing/mastering process, the iZotope Ozone Bundle is totally worth giving a try to get some fine mastering results. But it gets to its limits if you want to dig deeper.
Imagine it being the same with synthesizers. You can use a multi-processor big mega superduper VA synth or you can use a monophonic one oscillator synth and run it through hundreds of effects and modulations. The final result could get near to the superduper mega thing, but it was much more fun to create the sound, and it will be much easier to do subtle adjustments as you will know where you have to adjust. ;)
Website | Sowndhaus | Facebook Page | Facebook Profile
Top