Genesis Vs Wham! Vs Yes GNR Swapped with Yes

Post your music productions here and get feedback from the Stix community - If you get enough positive feedback or if we really like your work, we'll post it on the front page!
Post a reply
13 posts • Page 1 of 2 • 1, 2

Genesis Vs Wham! Vs Yes GNR Swapped with Yes

Take two bittersweet songs and mix them with Everything She Wants, Not really a whole lot to say hah. Comment and Critique once you get the chance! The theme is about kind of being a loner with not a whole lot going on especially with that last Axl vocal snippet if you listen closely you will realize what I am talking about. 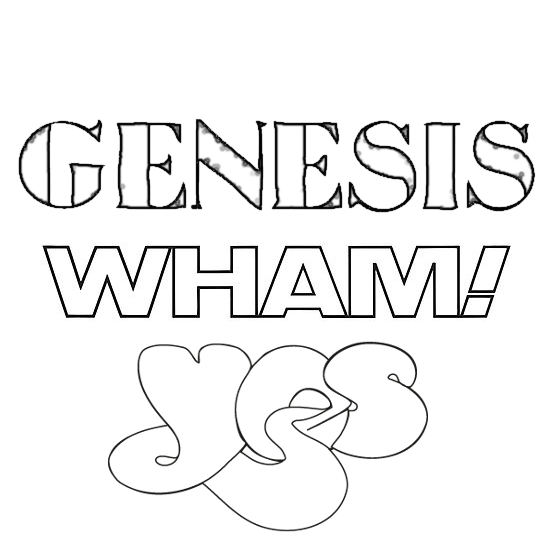 Good to see you back !
I like how you used the 'other' Wham december party song (instead of 'Wake Me Up' and 'Last Christmas').

[1]
The Genesis vocal fits well with the mental. The start of the vocal feels OK to me, but after that the placement seems 'early' or maybe this pella is 'too fast'. I am used myself to cutting between words and sentences and moving to back or front (milliseconds of course), maybe that is needed here as well. I do hear parts of the melody in vocal and mental that fit, but it is more like an echo. I say this as someone who has made a LOT of mashups that worked in version 2, but were off by one or two beats in version 1.
As an example, around 2:22 in the current mental I would have expected an end of the sentence 'ooh' from Genesis to fall THERE.

[2]
The Guns and Roses vocal sounds 'changed'. It is probably in key (my own weak point) but it sounds different than I remember. I don't like GnR, so I would have no problem changing AXL's voice even further, like:
- making him call in by phone-line to give his patience-advice to Phil Collins.
- Or put the vocal through a megaphone or other distortion.
- or even (keeping in line with Phil's famous thunder drums in other songs) through the talkback mike for the engineer on the mixing desk.
If it is the Autotune talking, maybe you can use a slower correcting time (less Cher + T-pain sound I mean).

artistic
[3]
The acoustic guitar surprised me, in a good way. But the first part (around 3:08) sounds a bit 'first hour of learning guitar' but after that (maybe after some patience?) it sounds better (around 3:22). Maybe you can leave out the first guitar part ? Or put it at the very front in the intro, like a teaser of what is to come later.

[4]
The fade out is quite long and empty and I would like some 'Everything She Wants' vocals there. You can add another track with the original Wham and cut from there some vocals, like 'so hard for you' that changes the meaning (lonely man, nudge nudge wink wink)
And also the gibberish chorus could be put in here and there:
'Uh huh huh
Oh, oh
Uh huh huh
Doo doo doo
La la la la'

[5]
If you have the original Wham vocal next to the mental, maybe it will help you as a sort of 'ruler' to know where the chorus and verses start in the original. That gives you points where the Genesis should be placed (see my point 1). I use this trick sometimes and just put this ruler track on 'silent' just before rendering the mashup to MP3.
https://sowndhaus.audio/profile/corvanspaendonck
Top

V2 is now on the OP! Moved Phil's voice more forward then what it was warped it so it would be more on beat then what it was, Removed some of Axl's vocal, Made the guitar solo fade in and deleted some of it as it did repeat too often, Also added some of George's backing vocals so it wouldn't feel so empty, Made my own mixdown of Everything she wants thanks to the multitracks! Comment and Critique once you get the chance thanks again!
Top

It has good potential

Wham and Genesis are working well together, but I'm not sure about the part of Guns 'N' Roses at the end, I think it will be better without it. If you decide to keep it, note that the Axl Rose sounds too loud compared to the combo level, and I think he is OOT as well (the same for the guitar parts).
Apart of that I think you need to lower down a bit the mid-range freq on Genesis vocals, something around 350 - 400 Hz, just to let it sit more nicely in the mental

Thanks for the critique SMASH, Dipped Phil's mid vocal frequencies to a amount that was similar to what SMASH had suggested, Replaced Guns N Roses with Yes! If there are still tempo problems I can get rid of Yes and make it Genesis & Wham! only, Critique everyone once you get the chance thanks again!
Top

These songs sound much more compatible with each other.

Some of the vocal placements are out of time a bit though.

satis5d wrote:These songs sound much more compatible with each other.

Some of the vocal placements are out of time a bit though.

Is it a problem with the vocal placement of Yes or Genesis?
Top

That Wham! instrumental is so cool…I always wanted to use it. Kudos on finding two songs that work great with it.

The Genesis vocals start out in time, but around 1:25 Phil goes out of sync and never gets back in sync the rest of the tune.

Is there a weird cut in the instrumental around 2:14 or is it just me?

The Yes sounds awesome, maybe even better than the Genesis does with this instrumental! Unfortunately vocals go out of sync at 3:55 and never seem to get back in sync.

The Yes guitar doesn’t work harmonically with this ‘mental. If you wanted to insert that guitar/organ break into the middle of the song to break the monotony of the ‘mental, than transition the Yes vocals in afterwards, that might be something to do. Of course, that might be a tall order to get right, as well…

You’re definitely on to some cool combinations here, though.

Users browsing this forum: No registered users and 33 guests