Post your music productions here and get feedback from the Stix community - If you get enough positive feedback or if we really like your work, we'll post it on the front page!
Post a reply
22 posts • Page 1 of 3 • 1, 2, 3

For the november Mashoff #80 you have to play one of the sources (probably the instrumental, but you choose) at 33 RPM instead of 45 RPM.
Using varispeed this will also lower the pitch of the track. DJs in Belgium used this trick at end of the 80s (!!!) to change overfast electronic songs into 'new beat' (for example The Sound of C by Confetti's).
https://youtu.be/aV69I6-2G0o

Later, other DJs used tgis slow, 'fat' sound to change fast house tracks into latin-tinted 'moombahton' (for instance Moombahteam from the Netherlands, playing around 100 to 110 bpm). Here is a ive mix in a Dutch radiostudio by them: https://youtu.be/xaP46-g7_oc
The rules:
You have 3 options (chose one of them):
1. Slowdown an instrumental (or pella), varispeeding it to 33/45 part of the original speed. Audacity has a preset to change the speed this way. About 32 percent slower, so about a fifth lower (= 5 x 6%)
2. As (1) but then use the (virtual) pitch slider on your turntable to speed it up 8% like they did in Belgium.
3. As (1), but open the (virtual) turntable, turn the potentiometer with a screwdriver and then change the pitch range from [-8 ---- +8] into [0 --- +16]. So you can speed up the 33 RPM with 16%. This is the Spanish or Italian style.

Good luck! I hope this widens the range of possible combinations for you.

> So the Emperor gets to choose the next challenge and settle a tiebreaker, anything else?
The Emperor will attain limitless glory for all of eternity (and bragging rights)
Last edited by CVS on Sun Dec 01, 2019 3:21 am, edited 2 times in total.
https://sowndhaus.audio/profile/corvanspaendonck
Top

Ooh, a technically challenging contest. Interested to see who will bite on this.
self-proclaimed Mashstix judge of artistic expression / satis5d at sowndhaus.audio
Top SO... for this contest, I used the 1st method (simple is best

), by considering the normal speed as 45 RPM and reducing it into 33 RPM (guessing it's OK, though some opinions may diverge from here

)
And what best way for doing it than doing a late homage to November 1st, All-Saint Day here at Portugal, an holiday that remembers one of the most fierce disasters ever happening in mankind history, happening in Lisbon at that exact day at 1755? Wanted to do some Moonspell-related stuff, but couldn't find anything worth, so I used something similar-sounding...

"The plague is spreaded, and only one ghostly messiah is able to save the world... of destroy it for good... You choose!"

DL IT HERE!
When silly crosses serious... GladiLord is always near.

That's the way to do it, great that you put in the first submission.
Exactly like I intended it 33/45 speed, to get at new 'crazy' genre combo's.
https://sowndhaus.audio/profile/corvanspaendonck
Top 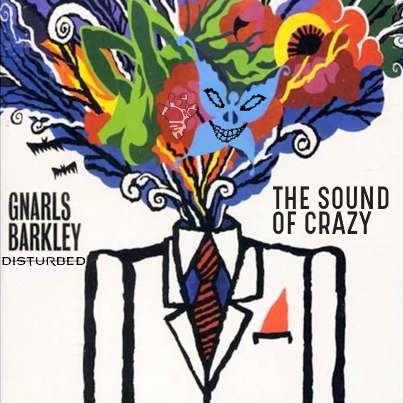 ZooKreeper - The Sound of Crazy (Gnarls Barkley vs Disturbed)

Slowed down the instrumental (thanks CVS for the tip on the audacity preset!) and had a bugger of a time with the acapella timing

Oh my god what have I done !!! (with this idiotic challenge) hahaha

The mashoff submits get creepier and scarier.
Keep them coming please !
https://sowndhaus.audio/profile/corvanspaendonck
Top

I am feeling a bit like the 'last emperor' due to the low amount of action on Mashstix.

With only two (but great!) submissions, the voting that is about to start today can not be the 'you get two votes' that we had in the last few months to avoid 'ties' (equal amount of votes).
But using just one vote per voter, with only two submissions, the submitters will both be forced to vote for their sole competitor (or not vote at all) to be a 'true sport'. That is hard to ask....

Of course, other mashstix members can vote as well (but see the first sentence).

So I will postpone the voting for a few days so that maybe we get another submission.
After that I will copy the voting from an earlier month and change the mashup-links, but I will need a mod (note: see first sentence) to make it 'sticky on top of the thread'.

SOLUTION HAT ON
I think that maybe both mashups should go to the Frontpage ? And that the two MUA's decide (for instance by private message) on a new contest for December....
The emperor-crown is big enough - I discovered this month - to be worn by two people at once for one month. Plus most people have some days off or even a short holiday in December so more submissions are to be expected, so mashoff-things can go back to 'normal'.

I'm fine with whatever you and/or the mods decide

Thank you for being so considerate!
Sowndhaus | Instagram
Top

Emperor's orders and requests are absolute, even more from a 'last' one.

Do as you think best!
(though an idea for having a collaborated mashoff would be interesting, especially because of being the last decade's month. I would dig into that!

)
When silly crosses serious... GladiLord is always near.

CVS, I wouldn’t mind if you wanted to either extend this contest for another month or take a fresh crack at it for December.

Users browsing this forum: No registered users and 30 guests