(!) Controversy All Nite! KISS Vs. Prince

Post your music productions here and get feedback from the Stix community - If you get enough positive feedback or if we really like your work, we'll post it on the front page!
Post a reply
22 posts • Page 1 of 3 • 1, 2, 3

(!) Controversy All Nite! KISS Vs. Prince

I was running out of options so I asked Angus for help, Billie Jean was a no go RWY as well, So he suggested Rock N Roll All Nite, I hope third time is the charm and I think it will be, I wanted to add a third source but didn't feel like it would be necessary, Comment and Critique once you get the chance! 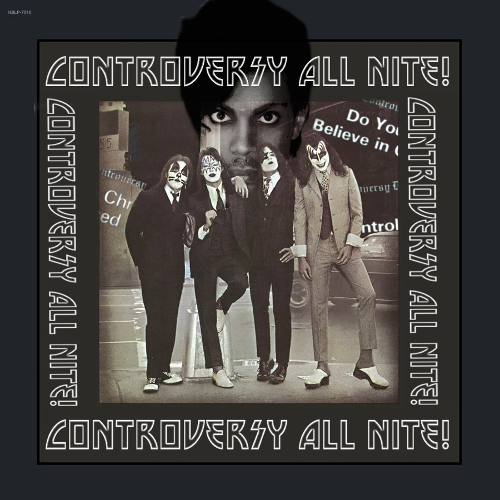 Added V2 to the OP, Fixed some tempo issues plus cut some additional bars out, Fixed some issues with the key of two words on Gene's vocal, Comment or Critique once you get the chance!
Top

artistic
But: not every 'day' or 'night' in Kiss is on a snare on the two (or four?). A few of the 'days' are now (about @2:05), and to me that sounds nice.
The verses with the solo voice (Gene?) sound great; the chorus sounds a bit 'rushed' to me, is it too early ? (or maybe that is the day/night timing).
Maybe you can put the guitarpart instead of the first chorus ? This delays the title of the second source a bit for listeners that don't know this kiss song.

In the mental I hear some of the cuts/parts that were taken out; sometimes it sounds better NOT to cut on the exact grid but just before/after and make a crossfade.
The vocal sounds a tiny bit loud to me (on headphones)? or if you put some (more) reverb on the vocal, this will bring the vocal a bit to the back of the soundstage. Despite the title, for me Controversy feels relaxed/laid back, so that fits with a literally 'laid back' vocal.
Just my thoughts.
Keep on keepin' on - this one will be great !
https://sowndhaus.audio/profile/corvanspaendonck
Top

The combination has merit, but there are many parts that are OOT.

satis5d wrote:The combination has merit, but there are many parts that are OOT.

Is it the chorus only or both the verses and the chorus?
Top

satis5d wrote:The combination has merit, but there are many parts that are OOT.

Is it the chorus only or both the verses and the chorus?

It's all good up to 0:59. It's OOT after that. Not as bad in the verses.
self-proclaimed Mashstix judge of artistic expression / satis5d at sowndhaus.audio
Top

Okay this is the last attempt and the final version, Comment and critique once you get the chance I will list the changes below.

Fixed timing issues on the Vocal thanks to Angus for the help on that.
Added the ALIVE Guitar Solo during The Lord's Prayer Outro originally it was a bridge but I figured I would fade it out to act as a outro instead if that makes sense.
Spot pitched some of Gene's flatter sounding notes thanks to Angus for that as well.
Top

Dude. Don’t make this your final version! You are really close to nailing this one.

First verse sounds great. Right on time, all the way into the first chorus. In fact, I’d say this mashup is perfect for the first minute!

The break in the vocals at 1:00, and the delayed “…and party every day” seems okay, but it makes the next line “you keep on shouting…” awkwardly out of time. I would try to get the word “keep” to land on the first snare (around 1:03), currently where the word “day” is. Also, I can hear the next “I” after the last “day” as if the cut in the vocals wasn’t quite clean…might want to clean that up...

Second verse comes in about a beat early. In the original, the word “you” comes in on the upbeat following the first downbeat, aka when the snare hits. Just like you’ve done in the first verse. This happens all the way into the second chorus. This should be a simple fix in any audio editor--just drag all the vocals to the right a beat.

The word “quite” in the second verse sounds like it could come down a semitone, or at least 50 cents. The “you keep on shouting” part after the second chorus is close, but still a tiny bit late. (Try and land “keep” on the snare again.)

The third time the chorus comes in (2:08), it also comes in early. It is also probably a beat early. The second “Iiiiii” should land right on the first downbeat (the kick drum) right around 2:17.

The outro guitar solo doesn’t sound bad, all things considered. I would probably fade out a bit faster and end 8-10 seconds earlier, to keep that ending nice and clean.

All that said, this is sounding pretty good, and deserves to be executed to it’s fullest potential!

I thought Bill McLintock was in the house for the 1st 50 seconds - Gr8 pairing - CLASSIC style mashin' - look forward to you hopefully doing the Mashgyver edits!
https://soundcloud.com/SgtMash/tracks | https://sowndhaus.audio/profile/sgtmash
Top
Post a reply
22 posts • Page 1 of 3 • 1, 2, 3

Users browsing this forum: No registered users and 28 guests