Post your music productions here and get feedback from the Stix community - If you get enough positive feedback or if we really like your work, we'll post it on the front page!
Post a reply
25 posts • Page 1 of 3 • 1, 2, 3

I was chatting with Angus and he suggested Paradise City was F# Mixo, I don't know of a whole lot besides BOC's Godzilla so it was either a Mixo Van Halen song that would need repitching, Paradise City, or Godzilla so I chose PC obviously. 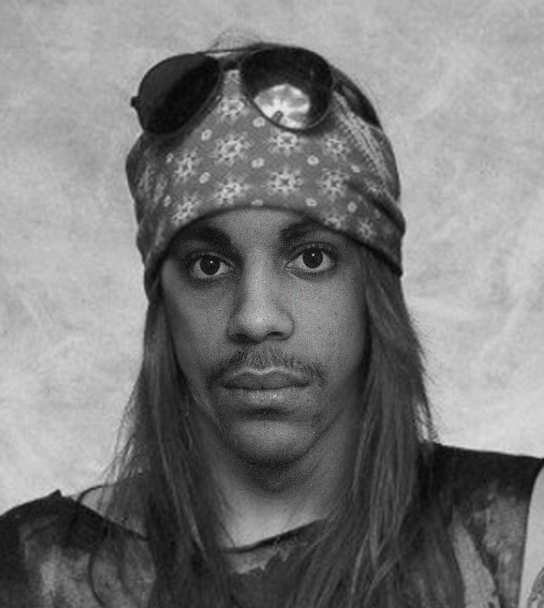 Sounds quite nice already but for V1 you should at least fix a few things. Imho the acapella is too loud in the mix and especially when it comes in for the first time it's way to surprising (not to say shocking

). Heard a few blue notes here and there which might need some pitching. But what bothers me more is the timing for example at 5.07 the vocals are completely out of sync.
Could become a nice mash when it's finished!

Well dude, you know I love the idea (and not just because I suggested you try it!) But as a result, I am gonna be a harsh critic with this one!

First off, I disagree with Dumpz that the vocals were too loud--the instrumental is TOO DANG SOFT! Turn it up and hopefully drown out some of those weird PhonicMind artifacts. Or just take out the PhonicMind version and add more processing to the dry vocals.

The intro is cool, although you could stand to nudge some of the spoken phrases around to match beats better. It would be fun if you could intermingle the lyrics a bit here (“I’m here to tell ya there’s something else: the Paradise City; a world of never-ending happiness; grass is green, etc.”) Might not work but could be fun to play with.

Verses start off great. But running them straight through the guitar breaks does not sound good at all, and the rhythm gets thrown way off. The chorus starts right on time but the “elevator” pre-chorus doesn’t really fit harmonically anywhere in this song without pitch intervention. (Except for the “so far away” parts…) I would suggest cutting the vocals to match the instrumental and probably some of vice versa.

The organ after the first chorus (and under the solo) has potential to be a nice touch, but it's OOT. It should land on the very first downbeat of each measure/phrase.

The vocals in the second half are all over the place.

The slow fade out was odd…if you’re gonna let us hear the rest of the song, then don’t fade out! Remember it’s okay to hack the instrumental up to accommodate the structure you want for the song. It’s a long track and you may be able to trim a minute or two out and actually improve this mashup...

And finally, the lack of Prince’s guitar solo(s) is disappointing

Added V1 to the OP, Spent some time working with the Guitar towards the end of the song had to set a tempo map and warp it so it hits the correct beat it still drifts off due to the tempo changes getting out of hand, Also enhanced Vocal by adding the studio version and editing out the Phonicmind acapella artifacts, Enhanced the instrumental by 3.05 db so might want to turn down the volume if it becomes too much hah, Comment and Critique once you get the chance and thanks to Angus for the feedback.
Top

This is the best work I've heard out of you to date. Well done!

The final guitar solo needs some more timing TLC. It's tedious but the timing issues rise to the point of distraction. Once you get that nailed down this will be blazing hot.
sowndhaus
twitter
facebook
Top

V2 is now on the OP, I have never in my career here changed a constant tempo or around almost constant tempo to a variable tempo, This marks a first for me I created a tempo map in Melodyne then imported it into Reaper tried to get it accurate three different times but I finally got it mostly perfect on this fourth attempt, The tempo changes just get a little to out of hand and there are loads of offbeat snares and such, So it still might need some fine tuning but I am proud of the hard work I have put into it 3-4 days straight of doing this and I am satisfied with the result, Comment and critique once you get the chance! Oh and one last thing turn the volume down because that outro will hit you like a brick it was challenging to make Prince's Guitar cut through the mix but I did pretty well.
Top

That cover art is hilarious!

V2’s an improvement in some ways, but I think it’s a step back in others unfortunately. The mix sounded best in V0 honestly. The vocals still sound too loud and they could probably use some stereo reverb.

And here’s my quick analysis of the rest:

Vocals start a few ms late on the first few lines, but correct very quickly. Weird cut at 1:25. Timing seems to get thrown off for a while after that, running all the way through the chorus, which is a few beats behind.

Second verse: starts great. Another strange cut at 2:18 and then lots of awkward space before the chorus. 2:32 Chorus is behind a beat or two. You actually had the chorus nailed in Version 0 and I don’t know why you changed it, but you should go back to it.

Whatever you did to the tempo from 4:24 was weird and not helpful. It slows way down then speeds way up--I wouldn’t meddle with the tempo here honestly. And then guitar riff doesn’t work in my opinion. It’s just too busy there, besides being OOT. You could sprinkle it in with the main riff in between verses or something for some extra pizazz, but that end part of the instrumental can’t support much more than maybe some vocal ad libs. The Prince solo at the end is barely audible through the mix, and you really have it stacked on top of Slash’s solo, which is probably just too much.

Still lots of potential. Keep grinding on this one!

V3 is now on the OP, Thanks to Angus for the critique! Comment and critique once you get the chance!
Top

Regarding V3, the vocals should still be quieter to get a "rock mix". It might also be a frequency-domain issue, if they have too much energy around 1khz (or the instrumental too little) they will punch through even if they aren't loud in the time-domain sense. You'll get more energy out of the overall mix with less vocals. I'm suspecting you need to _both_ turn the gain on the vocals down _and_ do some EQ or multiband limiting for best results.

Fixed the gain of the vocal and also re-did the EQ of said vocal, Originally it was two vocal takes and that made the vocal pop out way too much, So now it is one single take with adjusted EQ and Gain of vocal as said above: Also added a special surprise after Prince's 1st and 2nd Chorus, Comment and Critique once you get the chance!
Top
Post a reply
25 posts • Page 1 of 3 • 1, 2, 3